Debbie Bookman is running for Chester County PA Prothonotary. I’m not writing this because I don’t want her to win. It’s irresponsible for me to hide this from Democratic voters. I actually want Bookman to win and stop harming Coatesville, PA.

“During the interview, Peoples also indicated, as he had during his testimony at his trial, that he had been angry with Suber for associating with drug dealers in the city whom he had told Peoples had “burned him” before he went to prison in the late 1990s. It was a subject he discussed in an infamous “Stop Snitching” DVD, which was filmed by a Coatesville friend, Harvey Legree, at King’s Chinese Buffet in Caln in 2004.” 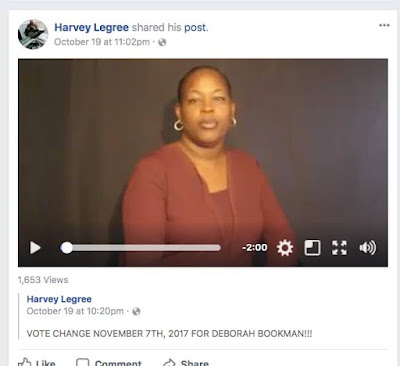 Ever watch “The Wire”?

Harvey (Bitsy) Legree did what Omar did.

JAMES ADAMS WAS A SEGREGATED SCHOOL.

SYLVIA HAD ALREADY HAD A CHILD (THOMAS LEGREE) FROM A PAST RELATIONSHIP.

DURING THE DAY HARVEY WOULD TERRORISE THE STREETS OF COATESVILLE, WEST CHESTER, PARKSBURG, DOWNINGTOWN, AND SOME PARTS OF PHILADELPHIA AND FOUND TIME TO SPEND WITH SYLVIA IN-BETWEEN HIS REIGN OF TERROR.

IN-BETWEEN ROBBING DRUG DEALERS AND RUNNING HIS GANG (THE CAPONES) HARVEY STILL WENT TO SCHOOL EVERYDAY AND PLAYED VARSITY BASKETBALL WHICH EARNED HIM A SCHOLARSHIP TO NEBRASKA."
FROM:


The Coatesville Side Bar


A CLOSER LOOK INTO CHESTER COUNTY'S ONLY CITY.


To my knowledge "Brotherly Love" from "Dramah Entertainment" was never completed because a star actor was murdered on the streets of Philadelphia.


“On the streets of central Brooklyn, word seeped out this week that the local assemblyman, Roger L. Green, had decided to resign after he pleaded guilty to billing the state for false travel expenses.


The news of his resignation was greeted with a sense of bewilderment: first, that he would quit after more than two decades in the Assembly, and then, that he would run again for the same seat later this year.

MORE AT:
Assemblyman's Resignation Puzzles Many in Brooklyn

“Debbie successfully won her seat on Coatesville City Council in the 2017 election where she was forced to run as a write in candidate beating everyone on the ballot which included an 8 year incumbent.”

That 8 year incumbent was Ingrid Jones. Ingrid went to court & got Deborah off the ballot.


Deborah Bookman responded like a gangster. She parked next to Ingrid’s  car rolled a darkened window in her car & stared up at Ingrid.

Most of the time Coatesville’s Black people can be intimidated that way. Coatesville families go back a century or more. When all of a person's extended family is known it's easy to threaten them.


But Ingrid isn’t from Coatesville. Ingrid is part of the Sutton Family that might be the most powerful black family in the Americas.

Deborah Bookman appears to be from Grenada: 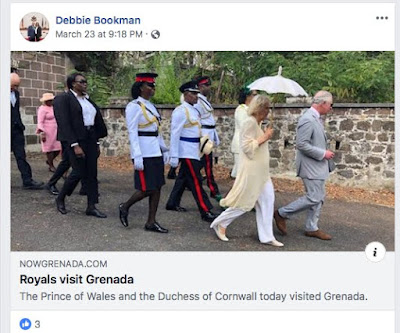 "David Marchant, editor of Offshore Alert, which follows international banking and corruption, expresses skepticism about the Grenadian government’s financial ethics. 'The most corrupt, anything-goes destination is Grenada,' he says in a 2007 Forbes article. 'You can do anything you want, and if the regulators come to call, it’s to seek a bribe.”

It's up to Democratic voters to decide if they want Debbie as Chester County Prothonotary on November's ballot.