The Trump Administration is tapping into domestic terrorism so that mining and drilling companies can gain access to public lands. WHAT COULD GO WRONG! 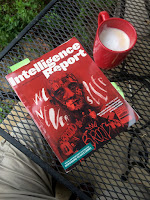 The Koch brothers, big oil and big tobacco created the Tea Party to take over the GOP.

But the Tea Party fraction in Congress went off the rails and developed it's own uncontrollable energy.
Now the Trump Administration is tapping into domestic terrorism so that mining and drilling companies can gain access to public lands. WHAT COULD GO WRONG!


Some experts on domestic extremism say that the Hammonds' pardon is a dangerous gesture by the Trump administration.


"Pardoning the Hammonds, serial arsonists who repeatedly threatened federal employees over the span of decades, sends a terrible and dangerous signal to armed extremists that such actions are justified," says JJ MacNab, (@jjmacnab) a fellow at George Washington University's Program on Extremism. “The militia movement right now is shopping for a cause, and this pardon means that their focus will likely return to public-land politics."


MacNab points to the pardoning of Sheriff Joe Arpaio, the acquittal of the Bundy brothers in Oregon, and the mistrial of the Bundy family in Nevada: "The anti-government extremist movement is more excited and confident than I've even seen [it] before. The more victories Trump hands them, the more violent they'll likely turn should the president be impeached, removed from office, or lose to a Democrat in the next general election."

TRUMP IS GOING DOWN, IT'S JUST A MATTER OF WHEN.

WILL THE EXTREME RIGHT EXPLODE IN EXTREME VIOLENCE WHEN TRUMP RESIGNS.


"How Forrest Lucas — the little-known millionaire whose company name is plastered on the home stadium of the Indianapolis Colts — wields power, propaganda, and even Sharon Stone to protect Big Agriculture.

Meet The Man — And Propaganda Machine — Behind Trump’s Latest Pardon


"All that miscommunication, overprosecution, and judicial grandstanding created an opening for Ammon Bundy and his rogue’s gallery of conspiracy theorists and would-be renegades. Allies of the Bundys have openly thirsted for a shooting war with federal officers for years. They almost got one in Malheur. After the feds declined to rush in for a shootout at the buildings the Bundy crew had occupied, Lavoy Finicum and Ammon’s brother Ryan decided to run a checkpoint on a nearby road. By the end of the resulting car chase, Finicum was dead, Ryan was convinced that the feds had tried to assassinate him, and the actual details of what the Hammonds had done a decade earlier were drowned out by the crackpot theories in which the Bundys have long trafficked.

A story that had once centered on fraying community relations on the range had morphed into the kind of cause celebre that the movement to erode federal authority over public lands has always needed.

Later that same year, as Donald Trump chewed and spat out every supposedly professional politician in his path, the land-privatization movement got something even more valuable than a warped national media story: Power. In less than 18 months, Trump’s team has moved millions of once-protected wilderness acreage in the Southwest back into drilling jeopardy; given up on the government’s winning legal position athwart foreign mining of Bristol Bay; invited the coal companies onto taxpayer land while re-opening a loophole to let them evade royalties payments on what they scavenge there; and generally cozied up to industry executives in every conceivable way.

No symbol of the U.S.’s natural beautify is sufficiently famous or sacred to spare it from this administration’s destructive impulses – not even the Grand Canyon. His move to de-protect almost all of the just-established Bears Ears National Monument invited uranium miners into the watershed that feeds into the country’s signature wild landmark.

Left to their own devices, western U.S. communities would be rallying to combat the coastal-elite president’s raid on their landscapes. The outdoor recreation industry, which generates close to a trillion dollars in annual revenue, isn’t shy about swinging its political weight around. Ranchers like the Hammonds can’t graze cows on polluted land. Traditionalist conservation groups still have some muscle to flex with the press and the politicians, if perhaps less than they once did. Together, those who make their living from the land as it is would be formidable opponents of those who prefer to make money by ruining it.

Divide that constituency, then, and you create space to do the kinds of unprecedented stuff Trump’s been getting up to on public lands. Luckily for the president, there’s already a longstanding energetic movement out west that’s committed to those kinds of divisive ideas. The Bundys, with their crackpottery, tend to discredit the humbler complaints of ranchers and timber cutters, and to inspire coastal types to the same sneering (and dildo-mailing) that those salt-of-the-earth folks hate. The Malheur standoff is therefore similar to the faux-controversy over professional athlete protests: a political winner for Trump no matter what actually, substantively happens – just so long as it stays prominent."

The real story behind Trump’s pardon of Oregon ranchers

The president is fanning a culture-war fire to help cover up his campaign to hand wilderness to mining companies.

Posted by James Pitcherella at 5:38 PM