Growing up among heroes.

I was 2 when the war ended. The Coatesville I grew up in was full of veterans of WWII. There was plenty of talk about "The War" when I was a boy. They came back, opened businesses, taught in schools, became police and judges. 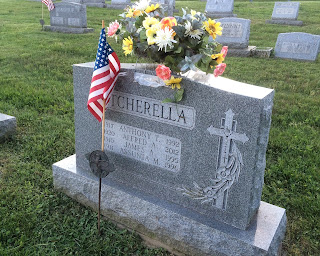 It was up close and personal in Coatesville. Every family had someone in the military. You could see the war from Atlantic City when the German submarines blew up an American freighter. I remember asking my Mom what those black pull down blinds were for. She didn't answer me but I could see the fear in her eyes. I learned later that they were in case of German bombing.

My Uncle Lou Pilotti was in the Battle of the Bulge. One of the few stories he told was of being lost, freezing cold, starving and alone during the battle. He heard a tank and said to himself, " I don't care if it's German or American, it's warm and they have food." The tank commander yelled out, Who won the World Series". My Uncle said, "Hell, I don't know, I'm an American."

My Uncle Fred served in WWII. He was a combat engineer and landed with Army Rangers on Omaha Beach. He couldn't take off his boots for 3 months and contracted a foot fungus that lasted the rest of his life. He was wounded and sent to England to recuperate.

In his mind the worst thing that happened to him was that while he recuperated most of his friends were killed when a bridge prematurely detonated. His lifetime regret is that if he was there the accident wouldn't have happened.

Alfred Pitcherella died at Coatesville Veterans Center in 2012. Somehow we missed getting him a plaque for a flag. 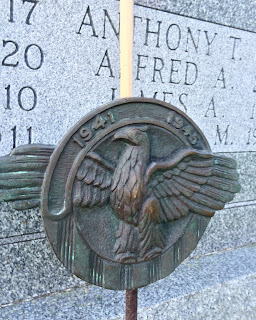 Betsy and me put a plaque on his grave on Friday.

There were a lot of heroes in Coatesville. I grew up among them.
Posted by James Pitcherella at 4:44 PM